The Avon Breast Cancer Crusade, which launched in 1992, has placed Avon at the forefront of the fight against breast cancer. Over the last 25 years, with the support of our six million independent Avon Representatives worldwide, and our employees and customers, Avon and the Avon Foundation for Women have donated more than $800 million to breast cancer causes, educated 180 million women about this disease, and funded breast health screenings for nearly 20 million women.

We're proud of what we and our Avon Representatives have done. But we know there is much more to do. And we know we can't do it alone. We are committed to working in partnership every step of the way with charities and breast cancer experts. And we won't stop until every woman knows the risks, knows the signs, and knows how and when to take action to protect her breast health.

Early detection of breast cancer saves lives. At Avon, we believe that no woman should die because she was left in the dark about breast cancer. Yet too many women still aren’t aware of their risks, and don’t know what signs to look for, or what to do and where to go if they have concerns.

In 2017, Avon conducted a global survey of 19,000 Avon Representatives in 15 countries on their knowledge of breast cancer risks and signs. The findings show there is a knowledge gap amongst women globally about what the symptoms are for breast cancer and how to lower the risk of developing the disease. 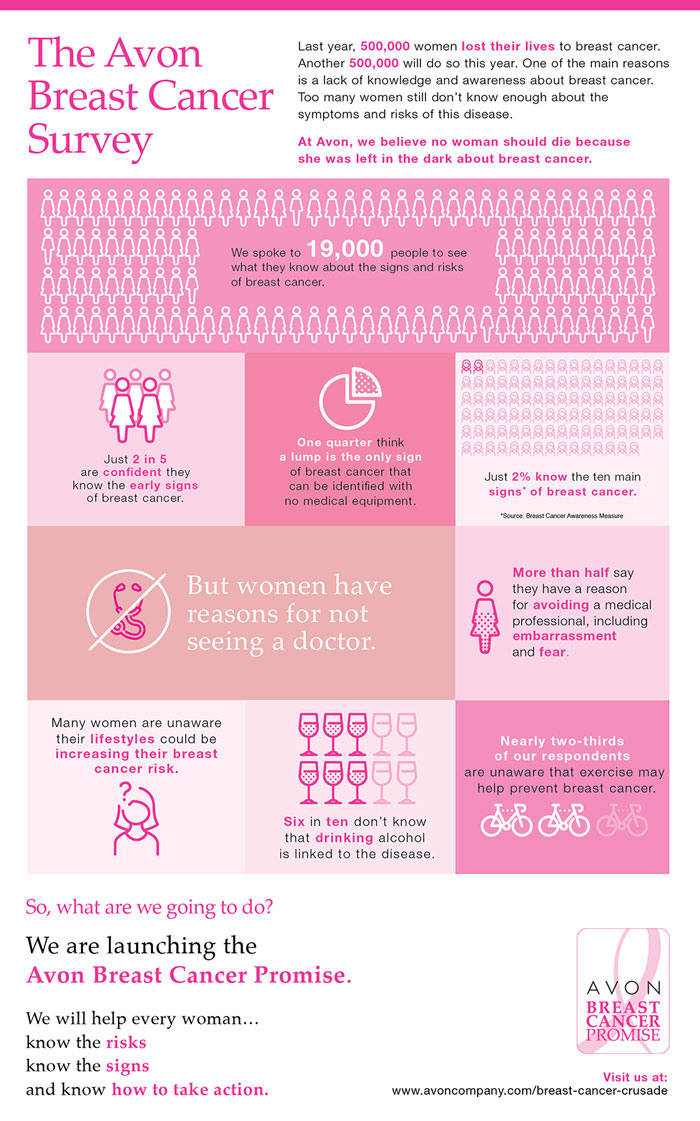 This is why in 2017 we announced the Avon Breast Cancer Promise, a renewed multi-year commitment to educating women about breast health that builds on our legacy of supporting the breast cancer cause.